View source
watch 01:32
She-Hulk Trailer Dropped - The Loop
Do you like this video?
Play Sound

Nine of Hearts, known as Earth Invasion is a game featured in Alice in Borderland Retry. It was completed by Ryōhei Arisu, Masatsugu Kitō, and Himari Horikawa.

Each hall's theme was based on countries, even replicating it's temperatures, as shown in the Russia replica.

The disintegrated body shown at the start was a replica, and as such meant to receive the death cards from the players during the voting time. The capacity of a pod is increased in each round from 1 player to 3 players, therefore making a GAME CLEAR situation where all players pass is possible in this game.

The lines "This is a game designed for those who wants their loved one to live will guarantee their survival. In the face of the alien invasion, please protect those you cherish." foreshadowed the possibility of this situation, as all the participants have an acquaintance to survive for. (Ryohei Arisu to Yuzuha Usagi, Himari Horikawa to Yuzuru Horikawa, Masatsugu Kitou to Nanase Onoue) The only exception for this is Naomichi Taiga, in which he has no acquaintance paired to him, but has a desire to take down the others if the group plans to take him down.

The winner of each round is in bold. 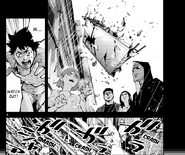 The players suffering a near-death experience 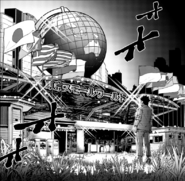 The venue of Nine of Hearts

The replica of a player's disintegrated body 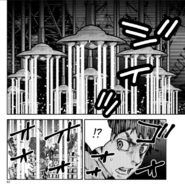 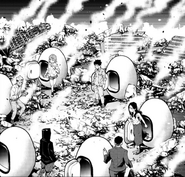 Aftermath of the first "Alien Invasion" 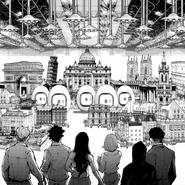 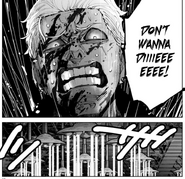 Naomichi Taiga getting killed by the "Alien Invasion" 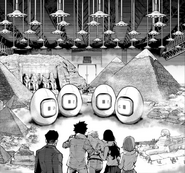 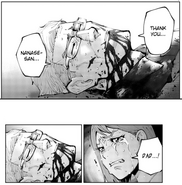 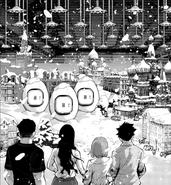 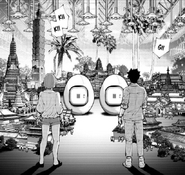 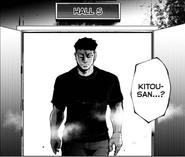 Masatsugu Kitō revealed to be alive after Round 4

Community content is available under CC-BY-SA unless otherwise noted.
Advertisement